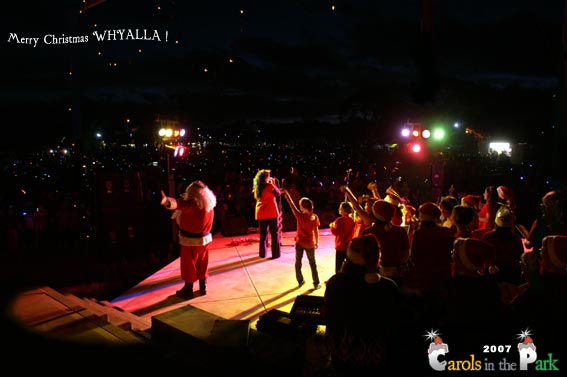 THANKS WHYALLA!
....for another superb night!
"Carols In The Park" 2007 has staged in Civic Park - and a fantastic night was had by all!

Under clear, cool Whyalla skies the show began with a crowd of 3000 appreciating an opening declaration by the Mayor of Whyalla - the Hon. Jim Pollock - and the Christmas spirit simply flowed from there! 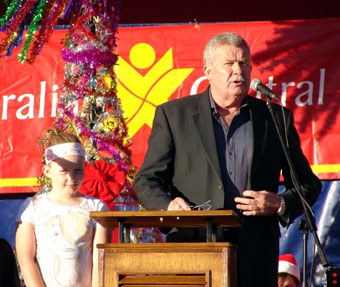 Mayor of Whyalla - the Hon. Jim Pollock with his granddaughters
Alice and Caitlin - declaring "Carols In The Park" 2007 "OPEN"!
Now LET THE FUN BEGIN.... Feature act The Funkees proved a huge hit with the large crowd - as Poppi, Roxee, Disco D and Turbo got the kids dancing and singing along.

And as the all-star Whyalla cast carolled away - Santa himself appeared for his traditional pre-Christmas visit to "Carols In The Park". 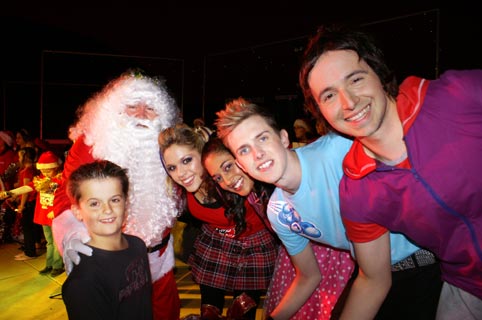 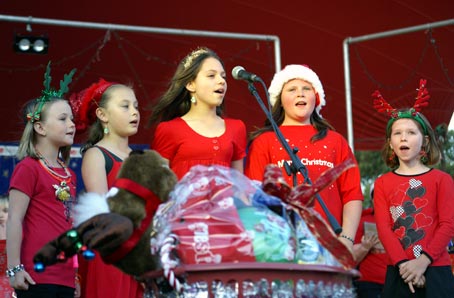 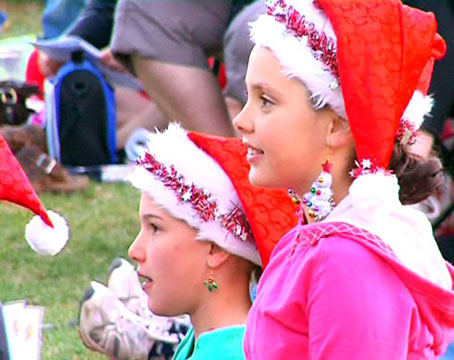 "Carols In the Park" 2007 was a family-friendly affair! 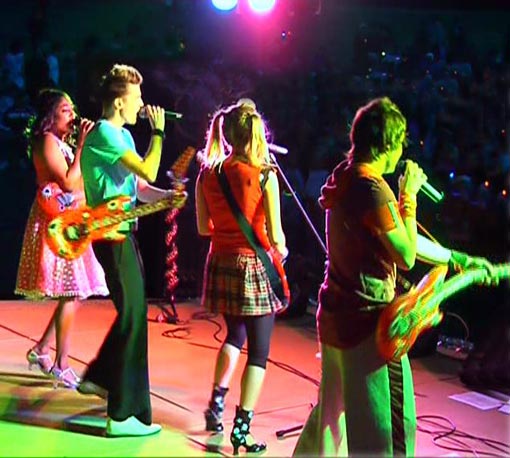 The Funkees won over the big crowd from the moment they took centre stage. 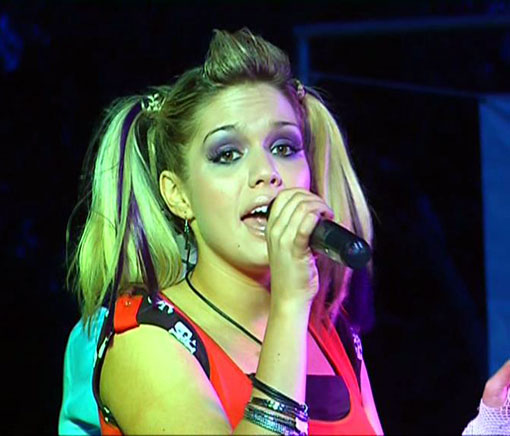 Funkee member Roxee had everyone singing along! 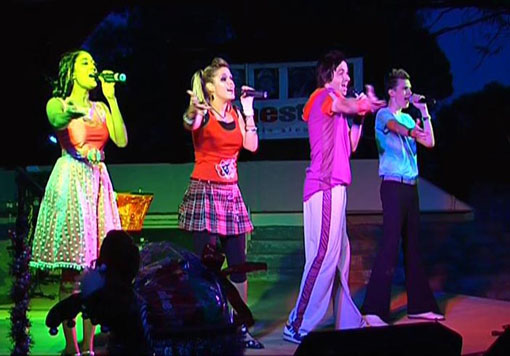 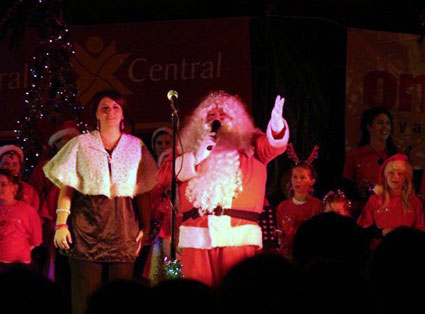 And the evening's highlight?
That's right - Santa called by Civic Park to visit Alison Hams
and the entire "Carols In The Park" audience!

The Funkees with Santa before he headed back to
the North Pole to plan his upcoming Christmas journey. THANK YOU to all who made this night so special - and make sure you don't miss "Carols In The Park 2008" on SUNDAY 14th DECEMBER - stay tuned for details! Above images COPYRIGHT & courtesy of
Mick Rotheram (APEX Club of Whyalla) & Melissa van Der Haak (GTS/BKN).